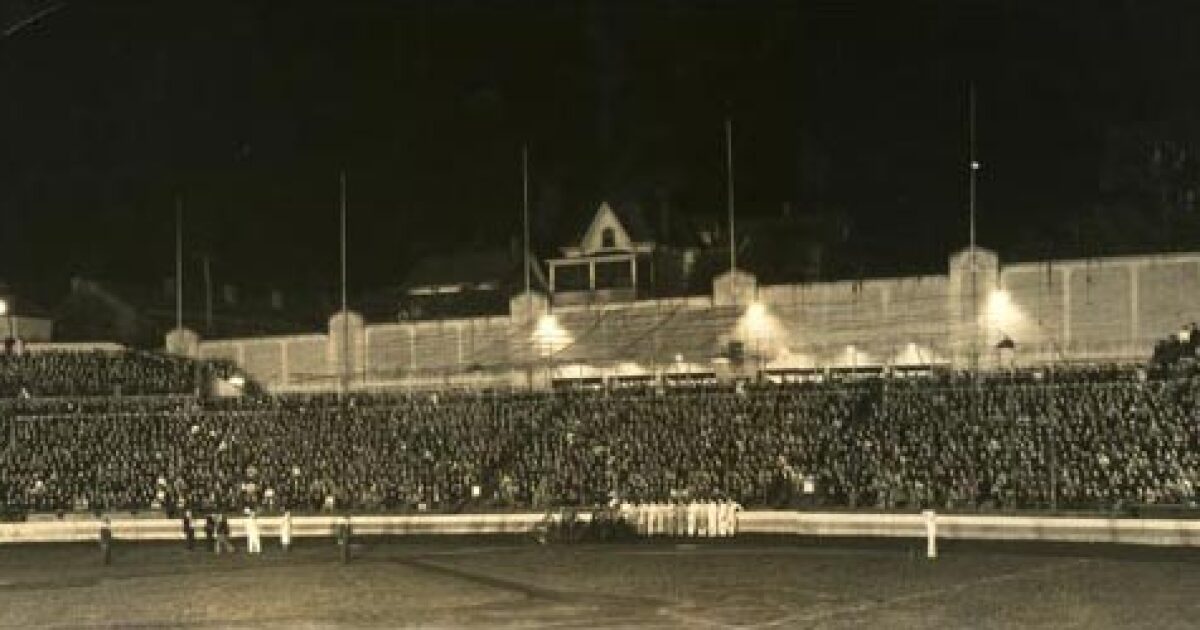 Hinchliffe Stadium in Paterson, New Jersey is being rebuilt and revitalized, renewing the legacy of great baseball players like Larry Doby

Hinchcliffe Stadium, the famous large concrete sports arena that was built above the Great Falls in Paterson, New Jersey in 1932, was home to a number of sports in its heyday. However, he is best known for baseball. 20 Hall of Famers would play on the field that once housed the Black Yankees and Black Cubans of the Negro Leagues.

MLB Hall of Famer Larry Doby was one of the most famous players to excel at it. Doby broke the American League color barrier as a member of the Cleveland Indians after Jackie Robinson made it to the National League with the Brooklyn Dodgers.

An all-around athlete at Eastside High School, Doby led his teammates to Paterson’s baseball title in 1941 and 1942, all at Hinchliffe Stadium. And it was there in 1942 that he and lifelong friend Monte Irvin were scouted for the Newark Eagles in what he himself recounted during his Hall of Fame induction in 1998 as one of the moments the most memorable of his life.

The Friends of Hinchliffe Stadium, a non-profit organization founded in 2002, is made up of volunteers who love and respect the history of the stadium and wish to preserve and revitalize it. Although it’s been a long journey, Brian LoPinto is thrilled to see the construction of the new hall going so well.

“Hinchliffe Stadium is on its way back which is incredible. As we speak there are construction crews rehabilitating the stadium as part of a larger project and it’s actually surreal and marvellous.”

LoPinto says baseball, soccer and high school football are planned to be played in the new stadium. The track will not be used for high school events as it will not meet the size requirements.

For decades, the stadium’s 10,000 capacity has proved an instant draw for football, boxing, motor racing, major athletic competitions and star-studded musical entertainment. Hinchliffe was officially closed in 1997. The sports arena began a slow decline in the late 1950s and was sold in 1963 for just one dollar to Paterson Public Schools.

On March 15, 2013, Hinchliffe Stadium was officially added to the list of approximately 2,500 iconic places in the country considered National Historic Landmarks. Larry Doby Jr. was on hand for the celebrations. The restoration continues to be an emotional experience for the son of the tri-sport athlete who dominated the action at this Paterson Stadium.

“There’s been a lot of effort trying to get things done and nothing has materialized, and then thanks to people like Brian and countless others who have worked tirelessly, it’s going to happen. It’s a bit surreal that this is actually going to happen we had the groundbreaking and a lot of good people came out there that day the governor was there and a lot of luminaries it really is a wonderful thing that there is makes it a field out there for kids to make memories in. Those kids are going to learn lessons that hopefully will take with them the rest of their lives and maybe we’ll get some baseball, football , football scholarship, whatever.”

Larry Jr., who never got to see his famous father play sports, says the Hall of Fame was very grateful to Eastside’s coaches, teachers and teammates because that’s where the foundation has started for his father who died in 2003.

“That’s where people cheered him on, where people coached him, that’s where people befriended him as teammates. Like I said before, you know as a little kid i wanted to hear about him playing baseball and telling me this and that , it was always about hinchliffe stadium on thanksgiving day against paterson central when the whole town came out to watch it and that for him he had reached the heights of his athletic career as far as he was concerned such a good effect on him as far as being teammates and not treating him differently, and that was all a city supporting them and the fact that they beat Central a few times on Thanksgiving were memories he never lost and cherished forever.

Once the revitalization of the famous stadium is complete, Brian LoPinto says visitors will be able to take a history lesson on site.

“Hinchliffe Stadium is within the boundaries of the National Park (Great Falls) so part of that deal, it hadn’t been there since day one, luckily Congressman Bill Pascrell, by an Act of Congress forced this question, and the National Park Service will be partly responsible for interpreting this history and they are doing a wonderful job. In fact, the best thing that has happened to Paterson in the last 70 years, in my opinion, is is that the national park is coming to town. They are building a structure as part of the complex. It will be a two-story structure where the ground floor will be an interpretive space and the top floor could be a permanent restaurant, a food hall or maybe a place where you can rent for events floor of this new building, which is currently under construction, will have various elements to articulate this history, more permanent on the side of the black leagues, but I think that rotation like the Central-Eastside rivalry, speaking of boxing and motor racing g history. It has a great history, but make no mistake, baseball has stood the test of time.”

LoPinto says there is no concrete date for the official opening, but he stressed that it must be done by the end of 2023 based on the stipulation of tax credits, most likely at spring 2023.

Larry Jr. says he’s glad the Major League baseball lockout is over. He’s also happy that Negro Leagues stats are now part of MLB history, with these players finally getting the recognition they deserve.

“It was a huge surprise to me. I didn’t think that would ever happen, that they would recognize them as the major leagues. And I don’t think my dad could have dreamed that would happen. For me, it was awesome, amazing and it was a wonderful feeling because basically what it said to me was that it vindicated people who had never had the chance it validated their efforts, that they knew they were so good. I think my dad’s reaction would have been ‘it’s about the weather.’ He knew he wasn’t the best player. He was lucky enough to be selected by Mr. Veeck. Everyone knew that Josh Gibson was the best player in the black leagues, but for these men who worked in anonymity, people don’t know. their names, not Satchel Paige, not Jackie Robinson, not Roy Campanella, not all those guys, but the guys who also played in there and they didn’t know it. It just validates what they did. At least their families know that my uncle, my dad, my brother, the guy who lived down the street, those stories he was telling were true. They were so good. It was a wonderful gesture for Major League Baseball and I’m very grateful.

You can SEE the whole SportsJam interview with Brian LoPinto and Larry Doby Jr. here.