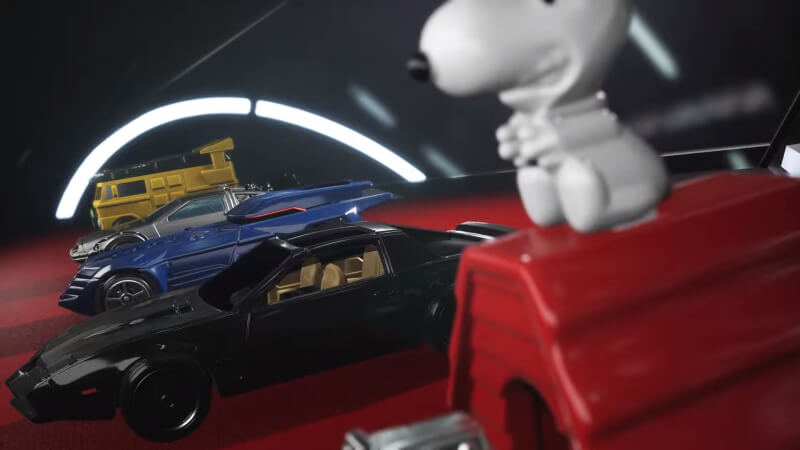 ‘Hot Wheels Unleashed’ could be the Fortnite of racing games

Following the announcement of the upcoming Nickelodeon All-Star Brawl, 2021 looks to be the year of licensed video games, and this new take on Hot Wheels Unleashed makes this racing game a must-have.

Hot Wheels Unleashed presents 66 vehicles, including some of the brand’s most famous original models in its 53-year history. Hot Wheels originals like the Boneshaker and Twin Mill will be readily available to fans.

The game’s roster also includes cars that have become pop culture icons, such as the Party Wagon from Teenage Mutant Ninja Turtles, Snoopy from Peanuts, KITT from NBC’s Knight Rider, and Time Machine from Back to the Future.

For gamers looking to get behind the wheel of their favorite vehicles found on today’s streets and racetracks, die-cast favorites will be featured in Hot Wheels Unleashed, each representing the past, present and the future of automotive culture.

There are classic vehicles like the 1932 Ford “Deuce” and the 1969 Dodge Charger, as well as modern models like the Audi R8 Spyder and the Honda S2000. Even hypercars filled with future tech like the 2020 Koenigsegg Jesko will be available to gamers.

Additional vehicles will be unlocked by playing Hot Wheels Unleashed in all different game modes. Players can upgrade their vehicles using the game’s rarity system and will be able to collect and dismantle vehicles in the game to improve performance of their vehicles.

This new trailer also shows off what appears to be a new design for the Batmobile, so hopefully we’ll see more additions to the game after its release. The Track Builder system also opens up a lot of possibilities for DLC and additional player-created content.