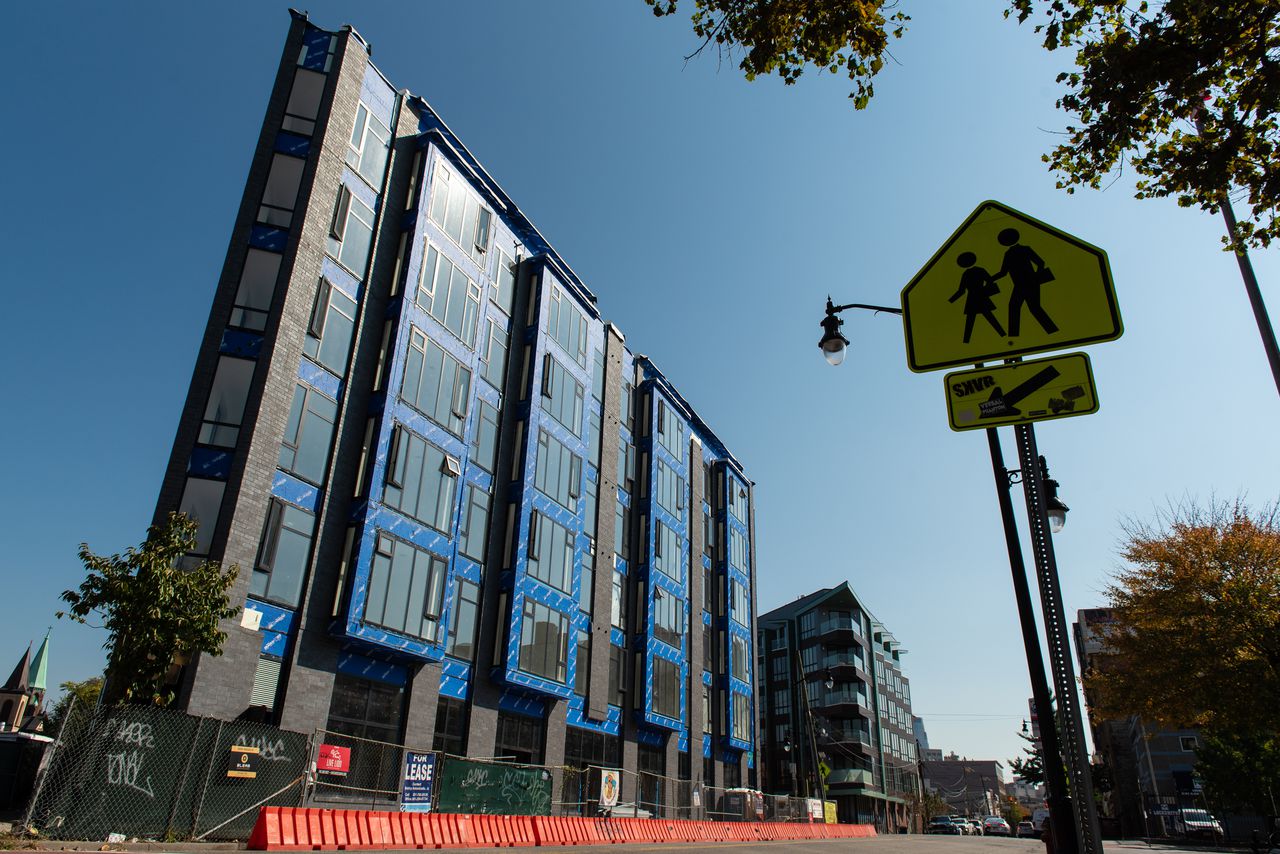 District E of downtown Jersey City is the largest and wealthiest of the city’s six districts. With plenty of public transportation, developers stumble over each other to build anywhere near the city’s waterfront.

But there is also the overcrowding in public schools and the ever-present fear that the working class will be kicked out of the city center.

With a population (69,320) that would make Downtown the 18th largest municipality in the state, the council race between incumbent President James Solomon, who is running for his second term, and Jake Hudnut, the city’s municipal attorney, has additional importance.

Solomon said one of his goals over the next four years is to make downtown more affordable “as much as possible”.

Solomon declined to accept donations from the developers, saying it allows him to negotiate in the best interests of the community. He called it the first step on how to get more infrastructure and community donations.

“The history of downtown for decades is that developers have planned it, they’ve built tens of thousands of new homes without the infrastructure to keep the community livable and affordable,” Solomon said.

Solomon said it was important to prioritize building affordable housing downtown because “this is where you have access to good schools, good public transportation, good jobs and low crime “. He said he would like to see affordable housing based on individual neighborhoods.

“I think you can write an ordinance that reflects the fact that the housing markets across the city are different and therefore you have stricter requirements in the city center and you have strong requirements, but not as strict, in the parts of town that have the cheapest accommodation. markets, ”Salomon said.

Hudnut said he was passionate about a flexible prescription to keep development growing. He said he wanted to keep the middle class downtown “and I think it’s important to have a flexible inclusionary zoning ordinance so that we can continue to grow and not offset supply and Requirement”.

Hudnut said he wanted to make sure new developments improve the neighborhood, such as expanding green spaces and infrastructure, especially to deal with flooding. He said he also supports the requirement that developers provide 20% affordable housing, but his plans include buyouts.

Hudnut, who heads the city’s Quality of Life Task Force, is running for Mayor Steve Fulop’s list. In 2017, he finished fourth in a six-person peloton for the Ward E siege that Salomon won in a second round.

With regard to Jersey City public schools, which face a schedule of cutting public aid by $ 250 million over seven years, Solomon says the city needs new sources of revenue, such as a levy on vacant land which charges delinquent landowners who keep their vacant and dilapidated land.

The city already pays a 1% payroll tax to businesses and will pay half of the revenues from a 2% tax on cannabis manufacturers, growers and retailers to schools.

Solomon said a new park and a new kindergarten to grade three school were part of the proposed 50-story tower Saddlewood and Laurel Courts project.

Hudnut said downtown parents were tired of seeing their children bused to schools in other parts of the city. He also said the city council should be a watchdog of the education council’s spending, even though the city council had no authority over the board.

“A while ago, a decade ago, we had more reformist board members who brought a certain level of accountability, but I would say we’ve lost that,” Hudnut said. “We have to make sure that they use our tax dollars efficiently, because there are those who draw a larger tax base than the municipal government.”

Hudnut said he would ensure that any large-scale construction comes with a school for the E.

When asked if he thought the school board was misusing taxpayer money, Hudnut replied that he thought the BOE was “not working effectively.” He is also open to a “conversation” about returning to a named school board. An appointed board would allow individual board members to own the schools in their neighborhood, he said.

In 2020, Fulop pushed a controversial referendum to ask voters to convert the elected school board into a council appointed by the mayor. Just before the start of the COVID-19 pandemic, the mayor withdrew the referendum.

Solomon said we need to solve a school funding crisis and that “going back to this referendum will not solve the crisis”. He said he initially supported the referendum when it was first presented in 2020.

When it comes to policing, Solomon wants to establish a Civil Complaints Review Board to hold police officers accountable for misconduct. The ordinance’s plans were hijacked by a lawsuit brought by police unions and the need for the state to pass legislation that would give these commissions subpoena power.

Solomon said the city needs a holistic solution to public safety with a strong police force, accountability for police misconduct and research into the root causes of the violence.

“You have to fund the communities most directly affected by jobs, teen mentorship, violence interrupters, the types of proven strategies that really tackle the root causes of violence,” Solomon said.

Meanwhile, Hudnut wants to bring a wrestling unit or a foot patrol unit downtown after residents complained that the police were slow to respond to 911 calls. He would also like to see foot patrols and by bike dedicated to the areas and get to know the neighborhood “and deal with problems less important than the most serious on 911”.

Hudnut wants regular de-escalation training for officers and Brazilian jujitsu training to get away from chokes and strikes. He says it reduces injuries to officers and suspects.

“There are racist policemen in this country and they don’t have to be employed by a municipality, but on the other hand, a lot of the unwarranted use of force is due to poor training,” he said. said Hudnut. “I don’t believe in police funding, but I believe in rethinking the police.

“I don’t think our goal should be to take funds away from public safety, but rather to change the way they spend those funds.”