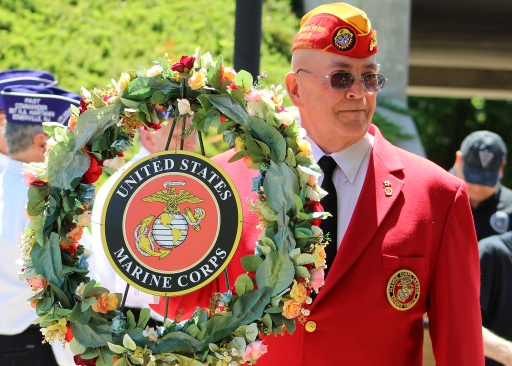 As we commemorate Memorial Day, Historic Havens encourages your visit to a moving and arresting site that honors the bravery of Vietnam War veterans and explores the complex history of the Vietnam War era, New Jersey Vietnam Veterans Memorial in Holmdel.

It’s actually two memorials in one. The Vietnam Era Museum is the first museum of its kind in the United States. Its exhibitions offer fascinating and personal insights into much more than the political, cultural and historical period of conflict in Southeast Asia. Through photographs, letters and journal entries, visitors understand the wide range of emotions, experiences, hopes, confusion, joys and sorrows of these young soldiers and the lasting impact this conflict has had on American culture and in New Jersey. Ongoing public and school programs and exhibits explore the complexities of the Vietnam era in ways that are relevant today. Museum staff work with more than 10,000 New Jersey students and teachers each year. 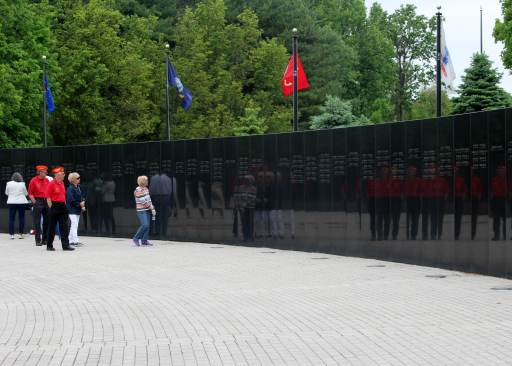 The second part is the outdoor memorial ground, a place of reflection with powerful sculptures and a 1964 veteran Huey helicopter, which was one of the main wartime transports. The various memorial sites include a Meditation Garden for Women Veterans, a New Jersey Gold Star Family Memorial, a Vietnamese American Memorial, a Purple Heart Memorial, and an American War Dogs Memorial. It is a great place to take photos, meditate, read and remember. 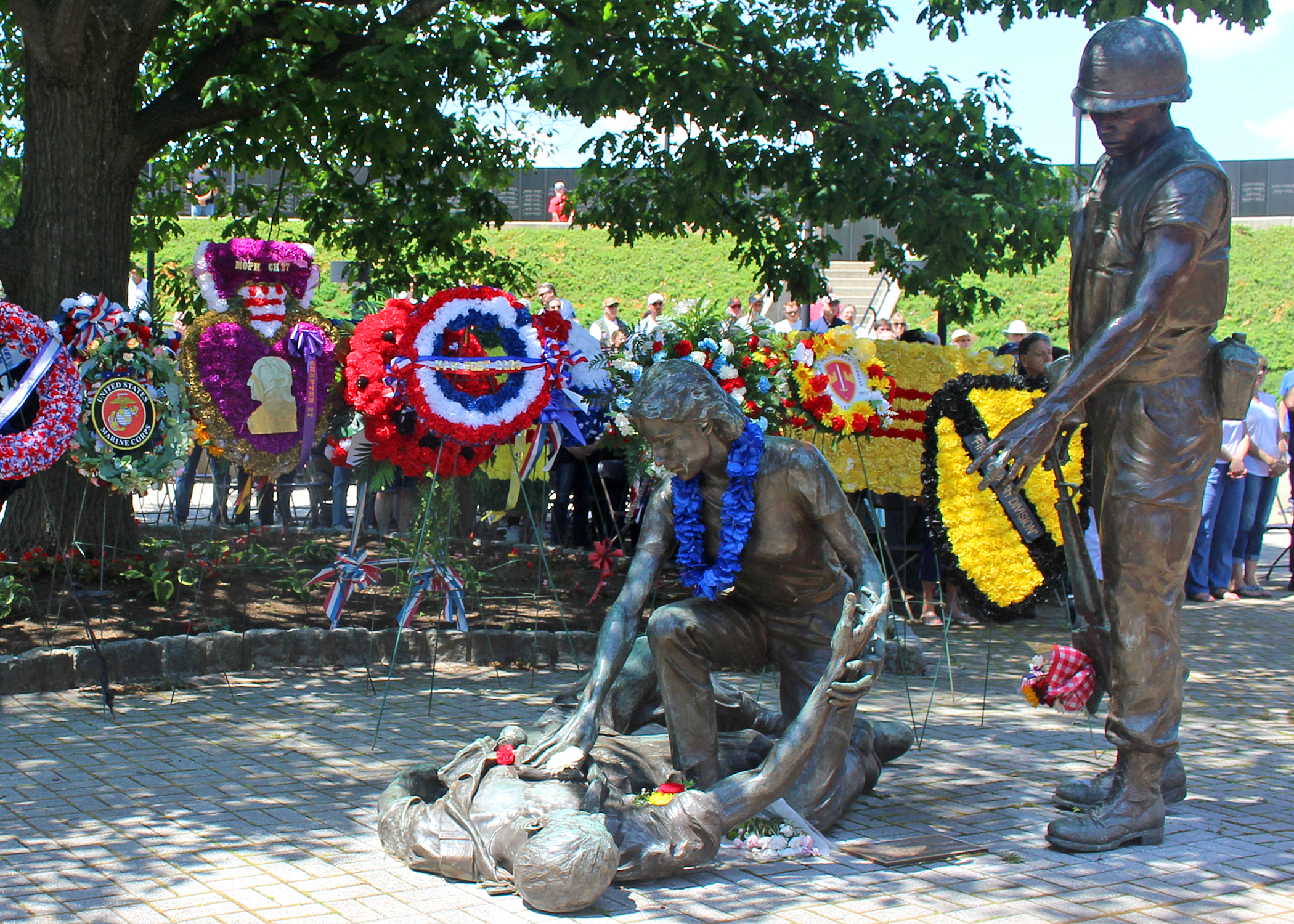 The memorial was designed by Vietnamese designer Hien Nguyen, who came to the United States as a student in the final days of the war. The 200-foot-diameter open-air amphitheater is lined with 366 black granite panels engraved with the names of those who died or are missing in action. Its circular shape is meant to embrace these names on the highly polished granite wall. The entrances to the tunnel symbolize the transition from the safety and security of our world to the different realities of war. The trees lining the walkways conjure up images of soldiers on tactical highway patrol, and the centerpiece of the memorial is a huge red oak tree, the state tree. Finally, the three bronze figures under the tree represent men and women of all races and walks of life – symbolizing those who have come home, women who have served and those who have not returned. The mighty bronze statues are the creations of Thomas Jay Warren of Trenton. 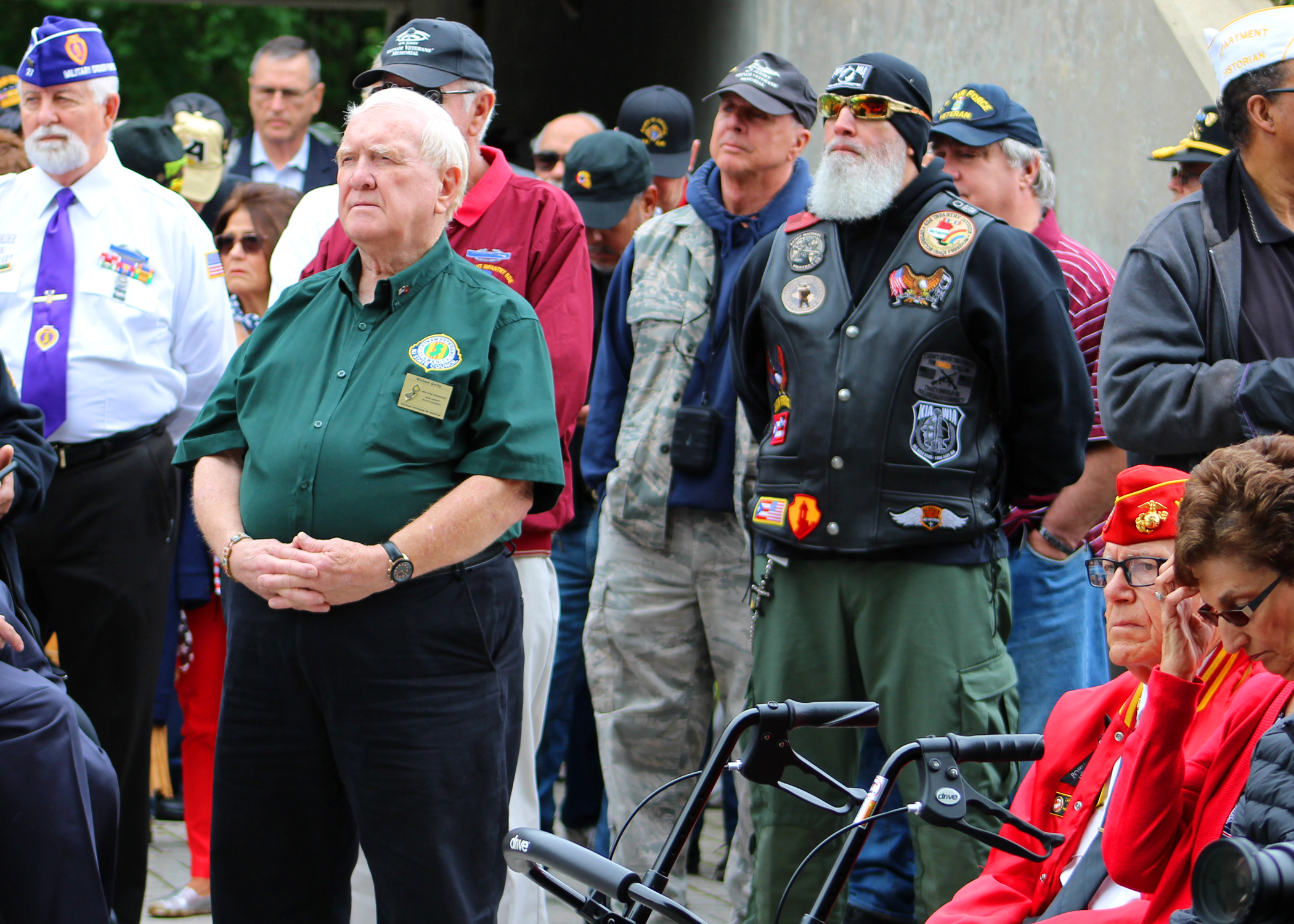 The conflicts that led to the Vietnam War date back to the Truman era, although some historians date back to the 1800s. The crux of the dispute was that the communist regime in North Vietnam and its southern allies, the Viet Cong, are fought against South Vietnam and its main ally, the United States. More than 3 million people, including 58,000 Americans, have been killed in the conflict. Of those, 1,562 men and one woman from New Jersey did not return home. 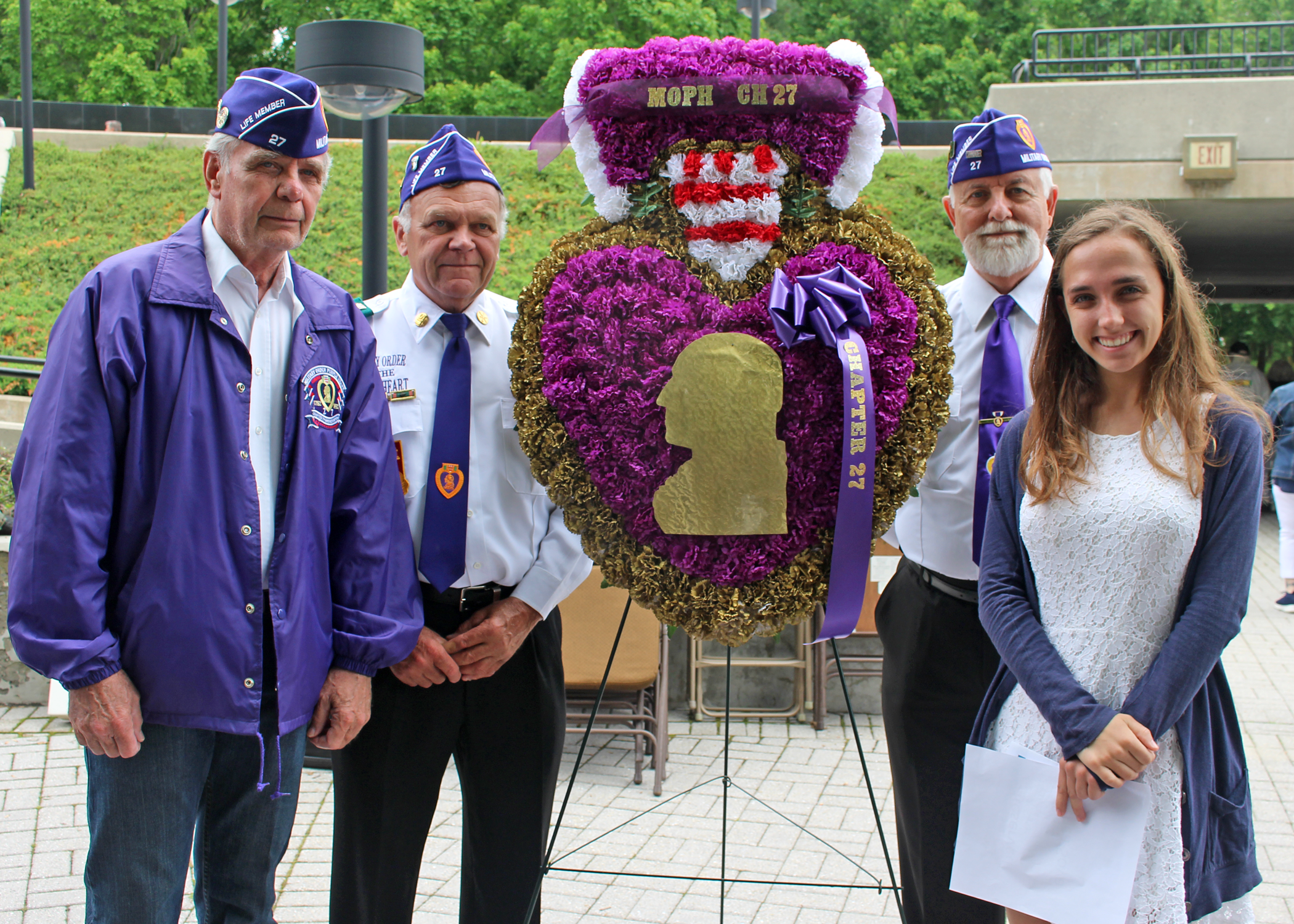 The museum and memorial is operated as a non-profit organization funded by the New Jersey Vietnam Veterans Memorial Foundation (NJVVMF) whose mission is to ensure the history, legacy and lasting impact of the Vietnam era told through the eyes of New Jersey veterans, will never be forgotten. 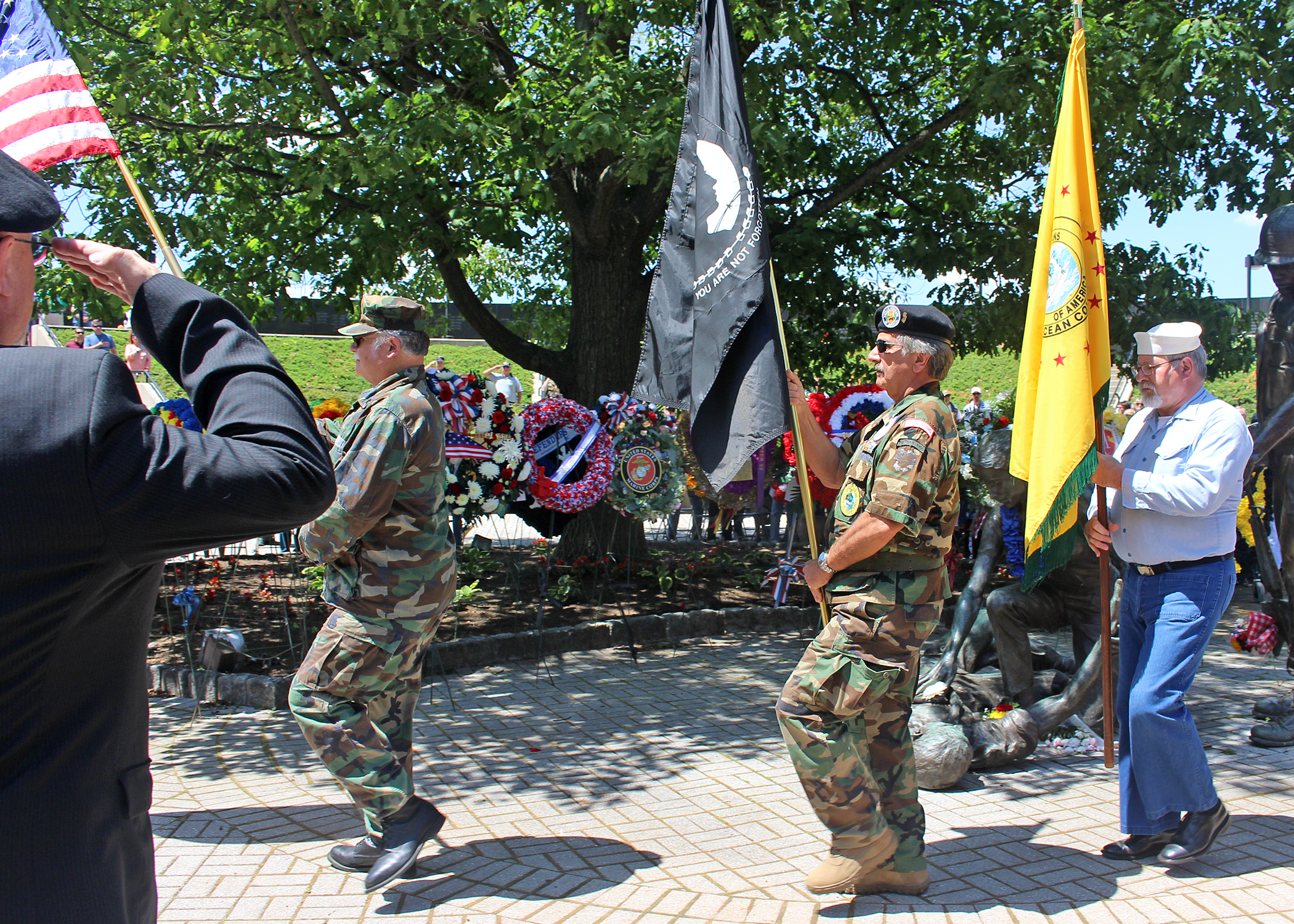 The current exhibition is “As You Were: Stephen Warner Words and Images from Vietnam”. Born in Skillman, Warner was killed a week before his 25th birthday on February 14, 1971, while working in territory near the North Vietnamese military-controlled DMZ. His story is told with the photographs he took and the words he wrote. This shows that Warner was strongly opposed to the Vietnam War while willing to risk his life to participate in it. 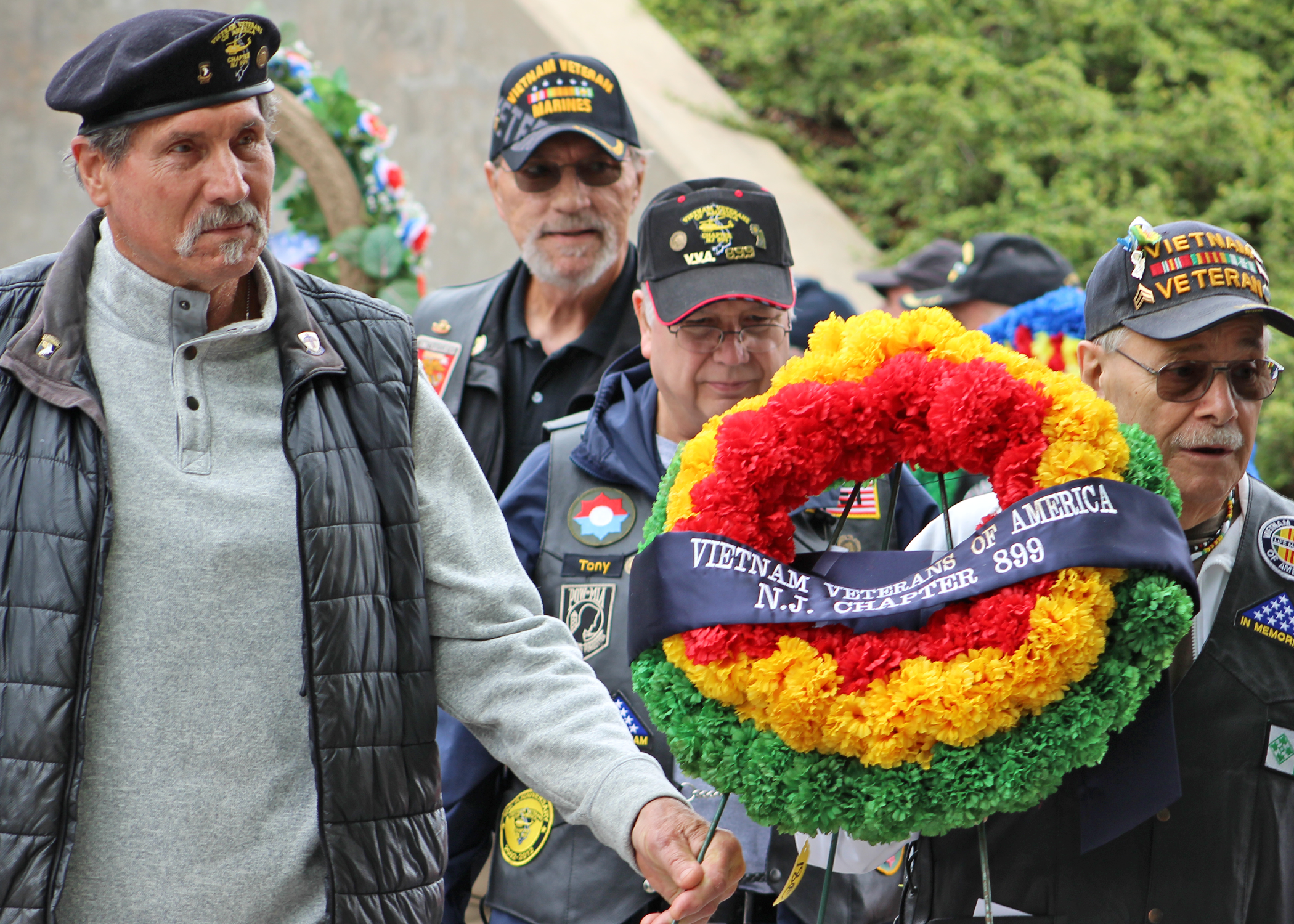 On Monday, May 30, the New Jersey Vietnam Veterans Memorial will hold its annual Memorial Day ceremony at 11 a.m. This is one of the largest and most moving programs in the country, and attendees are invited in person and virtually. The event will feature guest speakers, a wreath ceremony and musical entertainment. The museum will remain open until 2 p.m. after the ceremony.

In addition to a number of ongoing programs, other ceremonies are planned for September and for Veterans Day. Everyone is invited to the Third Thursday VetChat led by their Vietnam Veteran Volunteers (njvvmf.org/third-thursday-vetchats) and ongoing Scholar Series (njvvmf.org/scholars-series).

The complex is easily accessible; it’s located in the parking lot area of ​​the PNC Bank Arts Center (exit 116 on the Garden State Parkway) with plenty of parking, easy-to-navigate walking paths, and even picnic tables for lunch.

The museum is open Tuesday through Saturday from 10 a.m. to 4 p.m. Tours led by a Vietnam Veteran are available daily and upon request and offer an even deeper experience. Contact Michele Knell at 732-335-0033, ext. 108 to organize one. The memorial is open 24 hours a day, seven days a week. The website is a rich resource on the history of the complex and the Vietnam War, and it has a detailed timeline of events, ways to commemorate and do donation and volunteering, so visit njvvmf.org/events to learn more.