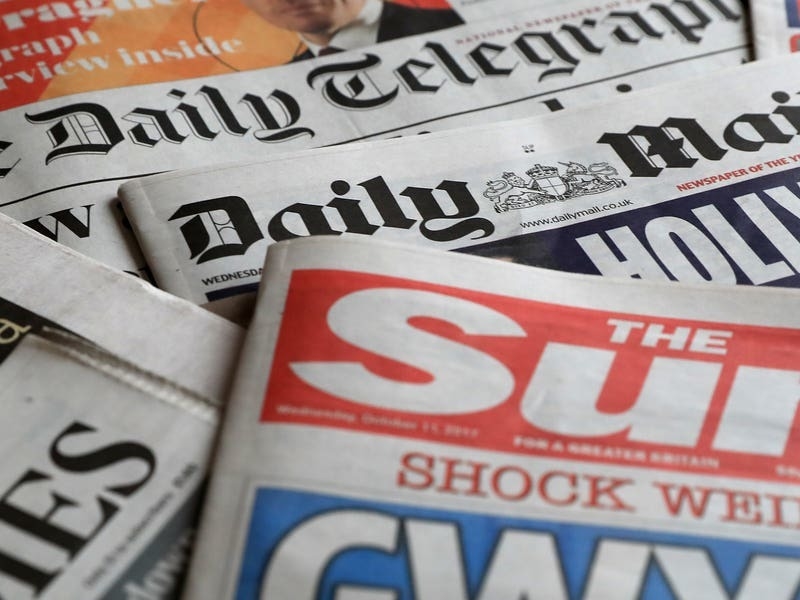 What the Newspapers Say – March 12

Saturday newspapers say that as Ukraine’s capital awaits further bombardment from Russia, the British government has been accused of not doing enough to help those fleeing the invasion.

The temperature and I report on the situation in Kyiv as the city’s last inhabitants await “the inevitable arrival of Russian tanks”. The latter adds that the Kremlin forces “systematically target people trying to escape (the) siege or find food, leaving the streets littered with corpses”.

The Independent adds that Russia is expanding its bombing campaign across Ukraine as cities in the west of the country come under attack for the first time in the war.

The Daily Telegraph carries former Conservative Foreign Secretary Jeremy Hunt’s call for increased defense spending in response to Russia’s escalating aggression. He argues that Britain must increase defense spending to the same level as the United States, declaring the invasion of Ukraine “the biggest failure of Western foreign and security policy in our lifetimes”.

FT weekend leads with the West’s tougher economic sanctions on Moscow, signaling that G7 countries will end “normal trade relations with Russia” as part of a series of new measures. The joint step will include revoking Russia’s “most favored nation” status, which allows it to trade goods on preferential terms with many Western countries.

‘Putin’s plot to blackmail the world,’ says the Daily Express splash, reporting that the Russian president is planning a “terrorist attack” on Russia’s Chernobyl power plant and accusing Ukraine of “holding the world hostage”.

The Guardian writes that French President Emmanuel Macron has accused Britain of failing to live up to its claim to be the world leader in aiding war victims. The French leader said that by insisting that UK visa applications be made in person in Brussels and Paris, the British government has imposed additional misery on desperate men, women and children.

the DailyMirror also carries the photo of a young woman who had to flee the bombed-out hospital when she was heavily pregnant just before giving birth to a baby girl. The newspaper accompanies the story with the headline: “Hope Amid Horror.”

The first page of daily star reads ‘not now North Korea and India!’ in reference to nations firing missiles as “the world goes to hell in a handcart”.

Elsewhere, the Daily mail reports that the Queen has canceled plans to attend an event – raising concerns about her health.

The sun also focuses on royal gossip, writing that the Duke of Sussex will not be attending a memorial service for his grandfather.